SCORM vs. Tin Can xAPI: A simple guide to everything you need to know 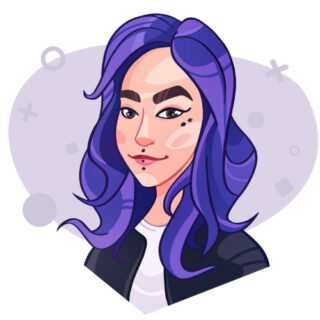 Since the beginning of learning management systems (LMS), SCORM has been recognised as the industry-standard model for progress tracking in online courses. Traditionally, eLearning content was built with SCORM in mind. However, in recent years, SCORM has been replaced by another more future-proof, feature-heavy standard.

What is SCORM and what does it stand for?

According to SCORM, “the Shareable Content Object Reference Model [SCORM], is a set of technical standards for eLearning software products.” Most LMS were and still are, SCORM compliant (with add-ons), allowing content to be easily migrated across different LMS platforms.

For example, a course’s content, assessment quiz and pass parameters, along with a student’s progress can all be recorded and passed on across platforms.

Experience API, or Tin-can as it was originally known, is a protocol for tracking learning-related activity. It’s similar to SCORM but outperforms it in terms of features, allowing learning and progress to be tracked both inside and outside of the LMS – and it doesn’t require an internet connection to track and record progress.

Unlike SCORM, xAPI isn’t limited to learning management systems. It can also integrate with other platforms recording and tracking data from Sales CRMs, offline assessments and CMS, giving you insights into training efficacy and employee performance.

Differences between SCORM and xAPI

One of the biggest limitations with SCORM is the need for a constant internet connection in order to make the tracking work, and the limited tracking capabilities which do not take into account modern learning techniques. This, amongst other reasons, has prevented SCORM from ageing well as it fails to keep up with the changing elearning landscape.

Despite SCORM compliance still remaining an industry-standard, cross-domain communication isn’t possible with SCORM. This means that the results from a user can be lifted and migrated, but platforms are unable to talk to one another, unlike with xAPI which allows data to be collected and compared across all xAPI integrated technology.

Technology has moved forward in leaps and bounds since the turn of the millennium, and while backwards compatibility is favourable, SCORM’s compatibility with version 1.2 (launched in 2004) presents a number of issues.

While xAPI is able to innovate and adapt, taking advantage of new software and features, SCORM is limited in what it can do in order to remain compatible with such an early version. Typically older versions become obsolete due to security concerns and advancement in technology, but SCORM’s endeavour to remain ever backwards compatible is a huge cause for concern and leaves SCORM lagging behind as the inferior product.

Which platforms are SCORM compliant?

Most off the shelf solutions are SCORM compliant – however, we do not recommend this as a gauge of a platform’s suitability for your own needs. xAPI far out-performs SCORM and is more likely to be future proof as you expand on your training and build your platform.

Are all platforms xAPI complaint?

Not all are, but almost all have the capability of having xAPI integrated into it. Most off the shelf solutions like LearnDash and Lifter have the capability to be xAPI compliant. It’s important to note that due to it’s tracking capabilities and cross-domain communication, xAPI is considered the new standard which LMSs should focus their build around.

Are there alternatives to SCORM?

As we covered in a previous blog, xAPI is a great alternative to SCORM. We believe that you’ll be able to achieve whatever you want with xAPI and suggest that you insure its integration with your LMS early on. There aren’t any other standards to pick from since the industry-specific ADL (Advanced Distributed Learning) and AICC (Aviation Industry CBT Committee) have both been replaced with the more accessible and widely compatible xAPI since 2015, making xAPI the industry standard.

Need to learn more about how integrating xAPI can improve learner experience and admin reporting in your LMS. Get in contact with us today.